Occasionally someone does something very innovative and it goes preety much unexplored. I think this might be the case here, and easy not to notice when it’s not one of the fresh, new, sparkly games but an old one.

I held off writing this until I had played a few months with Guild Wars 1 on it’s automation mode. Automation mode. Hmmm. Well it means that the game systems and events are now automated, not supported by a team of dedicated humans any more. Guild Wars 1 runs quietly on it’s own somewhere, presumably attended to only if anything goes horribly wrong. Does it work? Yes. So far, perfectly.  Is it still fun – yep. Am I happy. Ohhh yes. 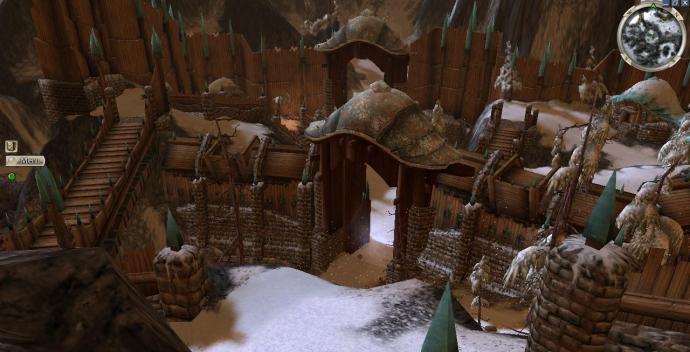 After the the destruction of SWG, and CoH, both done with an unexamined hurr hurr “£business>playerbase” hurr attitude (cringe) this is  an absolute sparkly wonder. Don’t kill the old game, just… automate it – leave it for the fans to enjoy, build up some goodwill too (thus generating sales for new game).

And I’m very relieved they did this! I love this game. I want it  to still be around.  It is what it is, mind – pared down to essentials: on rails pve, a bit confining to be on a path – no buildings you can go into, you can’t climb the mountains etc. But it is incredibly beautiful, it runs like a dream, you can have a lot of fun with builds and the music is lovely. I have never tried the pvp yet (I’m still slowly playing through the campaigns), but others in my family have and I’m told its pretty decent pvp at that.

On the money side GW1 is a perfect example of how to sell things – a good product at a fair price (look ma, no hoogledy boogledy). There’s not much more to selling things by the way. Make sure people know you exist is in the mix for selling things too, and a way to deliver (distribution). Few more bits ‘n bobs. But nothing like all the jazz hands and contortions we’re seeing this year by marketing teams. Actually, about that: I do sometimes wonder if studios mistake the process of making money for A Game – A Game in which they attempt to outwit their playerbase. That would explain some of the complicated, untransparent, frankly weird things they do to part us from our money. Conflating profit with stealth based pvp against the customers.  Could be, could be.

But then I’m irritated with “monetization of players (see last post)” just now, so might be imagining things. Back to Guild Wars 1. I do not play this lots and lots. I amble in, usually when tired, play a section of a campaign  or try out a build and feel soothed and pleased, and have enjoyed myself thoroughly by the time I log out. I’m sure I’ll try the pvp sometime. Will there be anyone to play with? Well, now that you mention it – yes. There are not loads and hordes of people, but I do see people around. Plus I can always bribe a handy teenager (pizza!) to show me the ropes, eh.

It’s Wintersday around now, and so far all the automated festivals have been fine. You know, I do also get a strange sense of Arenanet lurking/watching –  not sure, might be that active imagination of mine. But I am certain it’s not (at this point anyway) anything approaching abandonware. More like… a very innovative experiment.

If it works it has some quite interesting implications. It means there’s no need for the unceremonious axing of old games we sometimes see when a studio wants to promote a new game. It means it’s perfectly possible that our children and even grandchildren have a better chance of playing the things we are playing now.  And they do quite like exploring the past. Legend of Grimrock was a surprise success here, and led to tryouts of Might and Magic (alas didn’t run). Text based games are played quite compulsively too, and GoG is regularly trawled for likely entertainment. I think Arenanet’s automation mode is a big step forward, and it would be lovely to see more things like it. I have never seen the commercial sense in alienating a loyal existing customer base.